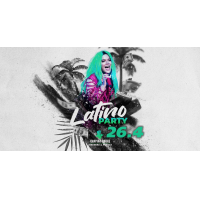 DJ Komandante or simply Koman was born in Guatemala, Central America During his early studies in the Czech Republic, he began to play Latin America music in student parties where he started to be referred as DJ Komandante due to his ability of mixing great latino tunes and make people go wild in the dance floor.
After graduating at the Technical University in Prague (CVUT), Komandante realized that Electrical Engineering was not his only passion and this is how his official DJ career began echoing among latino music lovers. Komandante was about to become a very well-known Latino style DJ. Nowadays Komandante performs on all latino clubs in Prague. He plays spicy latin rhythms on the best known Music Club stages in Prague such as: Hany Bany (Óčko music club), Radost FX, Retro Music Hall, Sasazu, Chapeau Rouge, Lávka, PM Bar, Občanská Plovárna, Klub Kostel (Venue), Mecca, M1 and many other venues. Komandante not only performed in Prague but also in Brno, Karlovy Vary, Olomouc and Slovakia and Vienna Austria. We can't forget the “Reggae Ethnic Session 2010” and “Festival Urbano” 2010 & 2011. Dj Komandante is considered to be one of the best Latino DJs in the Czech Republic. DJ Komandante plays also other rythms like RnB, Hip-Hop, House and Commercial Music. As organizer and promoter he is responsible for every Wednesday night success with the “WE ♥ SALSA & BACHATA” event and many other Parties. Komandante was as well the main concert organizer of the Bachata’s Group XTREME in Prague, Czech Republic.