Reduzida started djing in 2010 in order to go public without any intention. He spent time at a secret club in Hamburg , called Universum. In this clubs environment he met great artists, like the guys from "Rotzige Beatz" , Deo & Z-Man and Jonas Wahrlich, and tied his first contacts in the local techno- and house scene. Soon he realized that he had a key experience in there and found his love for electronic music and the lovely underground of Hamburg.

In 2013 he started to produce his own tracks, followed by releases at the german labels "all about plastic" and "NixxNeues". Two years later he founded Sinus, a regularly occurring minimal-party, together with Martin Gruen, featuring artists like Maksim Dark, Insect Elektrika, Ash Roy, Breger, The Badgers and many more. 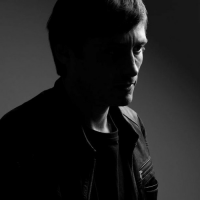