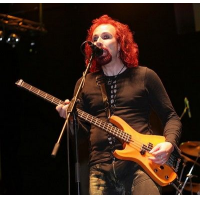 Kärtsy Hatakka, the leader and primus motor of the band Waltari, has become recognized as one of the most remarkable faces in Finnish rock history. Waltari was the first Finnish band to start this well-known invasion of Finnish hard rock/metal music into Europe in early 90s. They signed a worldwide record deal with Roadrunner Records already in 1992 and soon were one of the first Finnish rock bands to hit the European charts and stages in mid 90s.

Besides Waltari, Kärtsy has lived as a full time musician since 1991, and therefore has also had a lot of other remarkable musical engagements here and there in different fields of music, including a pioneering soundtrack work for a legendary Finnish computer game Max Payne (parts 1 and 2). And then NOW as well, as the newest project, he has started a career as a solo artist.

If we count in the Max Payne games that have sold six million copies worldwide, Kärtsy's contribution can be heard on seven million units sold in total. As a musical chameleon and an avid David Bowie fan, this secretly gothic composer has been interested in hard-hitting guitars as well as synthesizers all his life, but always maintaining his rock-and-roll attitude without respect to any genre borders. 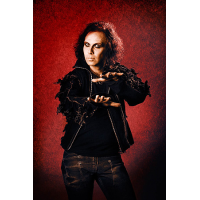 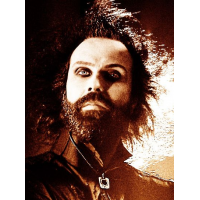