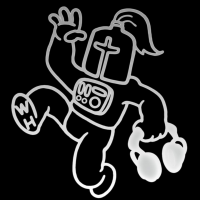 Currently a student of the prestigious Point Blank Music Academy in London he is currently working on remix projects for acts such as Lex Loofah, Sterling VOID, WLSN, plus many more.

2016 saw Wez appear at multiple events in the UK and Czech Republic while completing his degree and working on remix projects. Wez is an active member of the online community on Mixcloud regularly uploading music covering many genres.