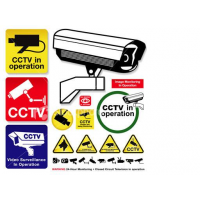 About cctvallstars: " The sound of CCTV Allstars, for which he (Ed) is the guitarist and singer places them in the ska camp - you can hear the influence of those gigs back in England. The line up includes, however, a violinist in addition to the more expected brass section. This gives the band an interesting texture and reflects Ed's attitude to music making. The diversity of World Music is, he says, perhaps as equally important as the influence of ska. He goes on to say: it's a band for everyone. They've played a few times at XT3. I caught them a couple of weeks ago and I was immediatly taken with some of Ed's emotionally powerful melodies and was carried along with the rest of the crowd with the more folksy-sing-along songs. The audience were well into it, dancing, enthusiastically sang along, wolf whistled and cheered - just like a great party! "


the story so far:


After traveling around Europe, Ed found himself surprisingly in Prague, Czech Republic. Using the local public transport and drinking in bars can be a good way to meet musicians, as he experienced with finding the members of CCTV Allstars, all coming from from different parts of the world. The guys decided to get some concerts to gain some revenue...

In may 2008, CCTV Allstars began playing in and around Prague, Czech Republic. CCTV Allstars blend ska, folk, reggae, and rock to form a unique musical fusion. Ed, the singer and song writer, guitarist and composer, founded this band of PlayERS with the intent to bridge gaps between musical culture and society as a whole - together in a danceable manner. CCTV Allstars was not meant to mean that the band are allstars, but means that everyone is a star due to certain control behind closed doors. {nothing to do with Xfactor or pop star} The completely international band consists of: 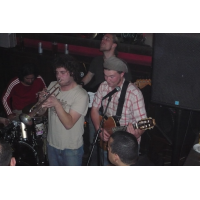