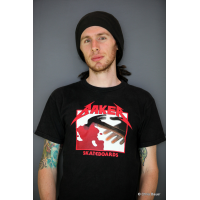 Chris Magerl used to be the singer and guitarist in the austrian hardcore punk group Sick Of
Silence. They toured Canada and Europe and played big festivals such as the Sziget festival in
Budapest. After their split up in 2002 Chris Magerl formed a powerpop band called One Tasted
Life. And even though his sound became softer with his new band Chris Magerl would still often end a show surfing through the audience while standing on his guitar before smashing it or jumping into the drumset. In 2008 Chris Magerl went solo and released his first record. Some refer to his music as poetic others as acoustic hardcore, depending on what night it is it can be both. Chris himself as he puts it likes to think of his music as „just a guitar and a voice telling a story“.